By opting into the web form above you are providing consent for Cape Martial Arts to send you periodic text messages. Standard rates may apply. You can reply HELP at anytime or learn more. You may opt-out anytime by replying STOP.
ACCESS OUR SCHEDULE
& EXCLUSIVE WEB SPECIAL 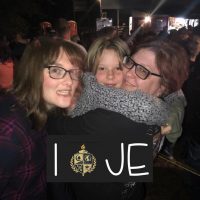 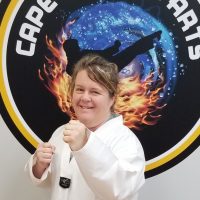 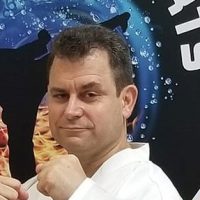 The Key to Deeper Human Connection

In today’s world, people have largely forgotten the skill of listening. For the young it is from a lack of knowledge and experience, for the adults it is largely because we don’t take the time and only hear what we want. Both groups often think that because we hear someone that we are listening, but there is a vast difference between the two concepts and words.

To hear is to perceive with the ear a sound or to be aware of. To listen is to give one’s attention to a sound. The first is purely a physical action, the second requires much more than just physical, but rather a greater involvement of our total senses.

Communication is an essential skill to have, and while children are taught to talk and write, listening is only addressed to get children to follow directions. When we talk to others, our biggest need is to feel understood. The problem is that most people only listen with the intent to reply. They have essentially already made up their mind about what we mean and are, therefore, only waiting to make their point. This leads to misunderstandings and conflicts. To be an effective listener, we must be willing to listen beyond the words. As Sean Covey stated in “The 7 Habits of Happy Kids,” “…less than 10 percent of communication is contained in the words we use.”

To help our children with this, we must begin by cultivating their emotional knowledge. Typically, parents start doing this with their younger children by naming strong emotions that the children express. This increases their emotional vocabulary. Parents can then expand on this when situations arise. For example, when a child is watching a TV show, parents can start a conversation by asking their children what they thought the characters were feeling and how they were communicating. As children get older, the conversations can take on a deeper level of empathy. When we teach children to listen through the words someone is saying and pick up on the tone of voice and body language, they begin to build more emotional awareness.

As with anything, a large part of children developing this skill is through observing role models. When interacting with children, it is important that adults understand how a child feels about a situation by asking questions and watching body language. By treating children this way, they will learn, firsthand, a deeper and more meaningful way of interacting with others. They will then show the same respect and empathy for the people they interact with. To help with this, parents can utilize the Parent SKILLZ curriculum as well as the Life SKILLZ information that is used in class, as a way of starting. It is important to keep in mind, however, that children will make mistakes and be unkind sometimes. This is when we need to give them a second chance to try again without making them feel embarrassed. Use these times as further learning opportunities.

I’ll briefly share 2 examples of why listening is so important in both our lives as adults and to teach to our children for better understanding. I’m sure we are all familiar with the phrase “having been talked to”. It makes a person shut down, tune out and yes, we hear them, but we are no longer listening.

Many years ago there was an employee who had been hired for a job that they had been highly recommended for. After a couple of months everyone around them were complaining of the persons lack of production, efficiency, etc.. and basically thinking that it was time for this person to be let go. Having learned over my lifetime to “listen” to people by not only hearing the words, but watching body language, the choice of words and their emotions, I asked to sit down with this person to have a conversation. By expressing my desire to “listen” to this person and what was important to them, what made them happy, I quickly learned that this person’s passion burned elsewhere than the job they were hired to do. I quickly picked up the phone, spoke to another manager, had them interview them for a different job with the result being that 2 months later they thanked me for providing them one of the best employees they had ever had.

Sample 2 happened very recently. It was brought to my attention that a young man had made some very poor choices that ended up impacting his family and others. Needless to say, by the time I was asked to speak with them I’m sure they had been scolded, reprimanded, punished and more to the point they were numb and no longer cared. Now mind you, given their actions they probably earned most of that. I was more interested in learning the what and why of their actions. In other words, to get on their level or in their head to better understand. Again, by sitting down and asking a few simple questions, it was interesting to see the logic behind their decisions. Without having the experience of adult life, to them it made perfect sense. Once that door was open, they were receptive to listening as to why the decisions they made were not only selfish, but dangerous and harmful to a number of people.

We all want to be understood. By teaching empathic listening to children early on and exercising it often, we can strengthen our communication skills and build trust with each other. Respecting each other enough to truly listen to someone else’s perspective instead of from our frame of reference will go a long way in creating more meaningful interactions. As Mike Greene said, “The ability to hear is a gift. The willingness to listen is a choice.”